Three years after SARS-CoV-2 was first detected in China in December 2019, the United States on Tuesday surpassed 100 million reported cases of COVID-19, a toll experts say is far less than the actual number of infections, according to Johns Hopkins Coronavirus Resource Center (CRC) data.

“That is a staggering milestone,” said Brian Garibaldi, clinical lead for the CRC and director of the Johns Hopkins Biocontainment Unit.

The U.S. case total dwarfs all other nations, representing 15% of the nearly 655 million cases documented worldwide. The United States also leads the world in the number of reported COVID-19 deaths with 1.09 million, about 16% of the 6.7 million global fatalities.

Since at-home testing became more widespread in the United States earlier this year, the official number of recorded cases has been considered by experts to be a vast undercount of the actual number of people who have been infected by the virus.

Blauer examined the declining value of case data for more than a year through the CRC’s Pandemic Data Initiative, warning that unreported at-home testing would diminish the ability of local, state and federal agencies to accurately track disease spread.

“The quantity of data that we receive is significantly decreasing due to the widespread use of at-home testing that is rarely reported, reduced institutional testing requirements, and fewer people pursuing testing due to how mild the Omicron variant has been compared to Delta,” she wrote in April.

The diminished utility of testing and case data has forced public health officials to track hospital admission data, which is among “some of the highest quality data available, for now,” Blauer wrote.

The Centers for Medicare and Medicaid Services in late 2020 required all hospitals to follow standardized data collection and reporting methods as a condition of federal funding. The data quickly became the best for reflecting the current state of disease spread, she added.

“Hospital admissions are the more important metric since they provide a better reflection of the current strain on the healthcare system from COVID,” he said. “Now that we have vaccines and outpatient therapies that effectively reduce the risk of severe disease and death, many patients with COVID can be managed at home without having to go to the hospital or emergency department.”

Severe infections are the cases that strain healthcare systems and limit their ability to effectively treat both COVID-19 patients and people with other illnesses requiring hospital admission.

“Hospitalizations provide a benchmark of the current burden of disease in the community and can be used to guide local policies such as masking recommendations when the burden of respiratory viral illnesses is high in a particular area,” Garibaldi said.

With a surge in influenza and respiratory syncytial virus, or RSV, this year, Blauer said that hospital admission data is “clouded by the fact that we have such severe other respiratory illnesses leading to skyrocketing hospitalizations.” Still, she added, the “best indication is hospitalizations.”

The 100 million reported cases also indicate to Blauer that the nation still does not “fundamentally understand what it means to live with COVID-19.”

“The numbers are still growing,” she said. “We’re still struggling to understand what it means to be responsible about the way we respond to disease.”

If you contract COVID-19, she said, continue to wear a mask after the recommended five-day quarantine period. If you are sick, don’t go to work or school. Test yourself and don’t assume you have the flu.

“The tripledemic has caused one other complication which is that people are writing off COVID as the flu,” she said. “They’re not relying on home tests with the same kind of fidelity that we were seeing a year ago when people were testing before they went to the holiday party.”

Crystal Watson, the CRC’s public health, said the milestone “conveys how pervasive COVID-19 has been in our lives over the last three years.”

“While we are no longer taking all of the precautions to prevent cases that we did early in the pandemic, we still have easy and effective tools at our disposal to help keep us all healthier during this and any future respiratory virus season: high quality masks, accessible diagnostic tests, effective treatments, and vaccines,” said Watson, senior scholar at the Johns Hopkins Center for Health Security. “We should keep taking advantage of these tools to limit SARS-CoV-2 transmission, and also keep other respiratory viruses in check.” 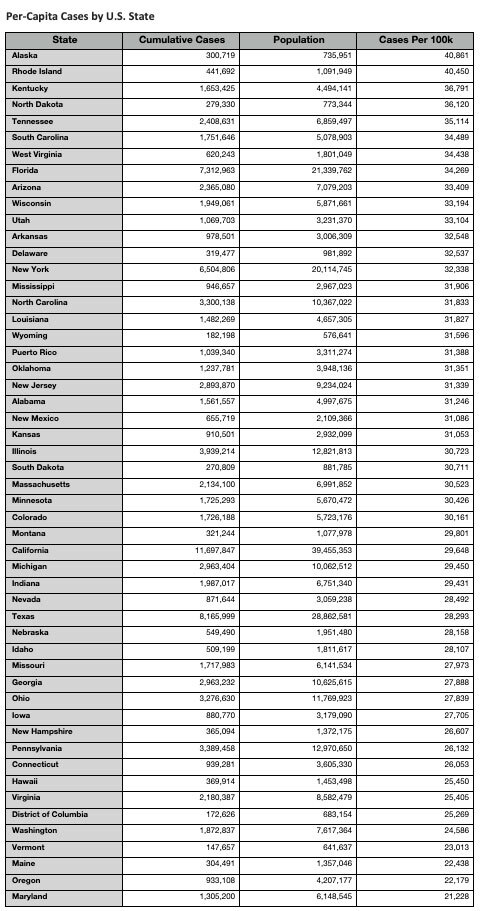